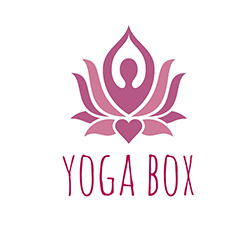 How Yoga can make you a better runner. 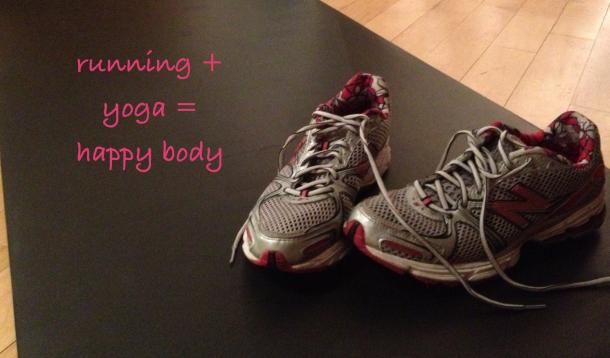 I never used to enjoy running. I used to do it because I knew it was good for me, and being practically cost-free, it seemed a no-brainer in terms of an accessible exercise option. I soon discovered I was a talented and super-fast runner in certain situations:

When the phone’s ringing, which it only does when it’s in a different suburb to you, when I’m outside and it’s raining and I don’t want my hair to mince… Being stuck behind a flange of slow-walking people in a mall who are all walking next to each other the width of the passage also inspires me to run my very best, very far away… However, when it came to treadmills (‘dreadmills’), or pounding the pavements, nope, absolutely hated it. Couldn’t get a rhythm, would have to keep stopping to walk, gasping, or praying that the thousand cars suddenly driving through the neighbourhood would go away so I could stop trying to keep up appearances by running, and just roll over onto the grass verge and curl up into a ball.

Now, I totally love running. I feel like a dog that hasn’t been for a walk if I skip on a run, I have a nice collection of medals, (no golds, just those ‘you crossed the finish line before we packed up’ kind of medal), but still…

Previously the biggest challenge for me was to run a full 10km, (or even 1km) without walking. Now it’s the reverse… I recently did a charity fun-walk where running was not allowed, and it was really challenging for me to walk an entire 10km without running.

I put this all done to doing Yoga. So how has Yoga transformed my running experience? 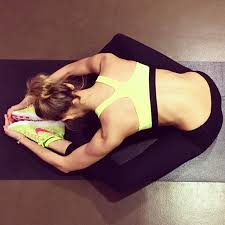 Focus – I have taken that quiet, calm, centred and focused feeling that I get from being on my mat, and find I can summon it easily when out running. Combined with the drishti gaze, which seems to be a trigger-switch  for my busy mind to become a quiet one, I find that mentally I can just keep running and running and running. (That gaze also helps me spot any obstacles, small ‘gifts’ from dogs, etc. and really makes my judgement razor-sharp and uncluttered on some rough terrain).

Breathing – Proper breathing when running has always been a challenge. It was always hard to get a good rhythm. Yoga breathing has helped me immensely with this. I find I breathe deeper, which gives my muscles the fuel they need. The odd long, heavy exhale, (like you’re blowing out the candles at your 80th birthday), is also immensely powerful. It expels all the heavy carbon-dioxide that sinks to the bottom of the lungs. It’s also as satisfying as a sigh of relief and keeps me going. I even sometimes notice that after extended stretches when my mind is totally focused and in ‘screen-saver mode’ that my breathing has switched to a version of Ujjayi breathing – long, slow and deep. A type of breathing I never would have known about without Yoga, and a type of breathing that seems to aid my endurance immensely.

Strength – Yoga is not only about relaxing and lying down on a mat for an hour sniffing incense and breathing a lot. Yoga is about controlled movement, stretches, twists and balance poses. You’ll be amazed at how quickly you will build muscle strength from practicing Yoga regularly. This strength will serve any runner well – from supporting those precious joints that take a lot of shock from that pavement pounding, to making you able to cope with more demanding distances and routes. 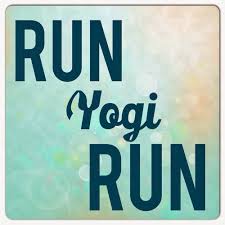 Stamina – Adding Yoga to my training routine has made me able to run longer and further. Yoga helps not only one’s physical stamina, but one’s mental stamina too…. And, yes, it is relaxing – but don’t underestimate the quiet way it builds fitness. Some Asanas are quite intense cardio workouts, getting your pulse racing sometimes. (Not only when you realise you’re facing the wrong way, or have invented a ‘warrior 4’ pose all by yourself). You’ll be surprised how some poses will get your heart-rate right up, which helps build your cardio-vascular stamina. Without Yoga, I think I’d still be grumbling on the ‘dreadmill’ and sweating over a little trolley-dash… 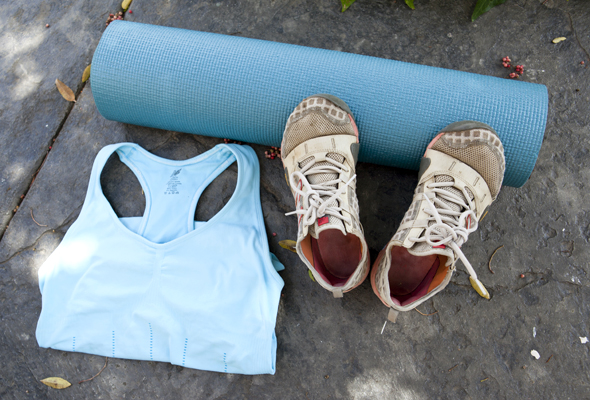 Flexibility – Along with the mental and physical stamina comes flexibility. Yoga teaches one to be flexible in mind and spirit. This helps with making any adjustments to one’s stride, route or attitude during a run. You really start to listen, and act. Physical flexibility is an added bonus too. You start to build long, lean muscles, which compliments and offsets the tight, tense muscles that high-impact exercise can bring. Yoga also teaches you to be flexible in your training, in terms of variety. I see too many people being injured far too often because their training consists of an overdose of one repetitive thing – and then when they get injured, they have nothing else to do to keep fit and get better, so they end up getting back into the starting blocks too early, and so it continues. Makes me so mad and so sad to see this. With Yoga, not only will you slowly and gently recover from an injury, but you’ll train the supporting areas of your body to take over, become more flexible and therefore support your weak spots. It’ll also trains you to listen and know when something just doesn’t feel right, and slow down / stop. 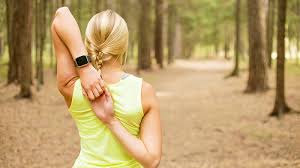 Ego – My favourite gym memory was towards the end of a running session one afternoon. Towards the end, I like to build up my speed until I am sprinting by adjusting the treadmill speed. Each of the  ‘beep-beep-beep’ sounds my treadmill made as I adjusted it, were echoed next to me. I eventually looked out of the corner of my eye, and the man next to me was trying to go faster than me, by speeding up when I did. I’ve never had a treadmill race before, but it was quite amusing, especially since at the end of all the ‘beep-beep-beeping’, neither of us was any further ahead. We both were standing in the same spot we started. Ego is a biggie when it comes to running, or with anything that can be measurable, (and therefore competitive). It’s not about winning, or trampling the stragglers, it’s about enjoying the moment, and being thankful for how your body faithfully supports your determined mind. It’s about knowing when to stop. It’s helping someone who needs help, even if it affects your ‘time’ or ‘PB’ (personal best). It’s not about being the best, it’s about being the best YOU.

So, Dear Runners out there who think that Yoga may not be as fast or stimulating as you’d like. I urge you to give it a try. You’ll be pleasantly surprised. It’s certainly changed my life.

Yours in Yoga and running,

Are you keen to connect?